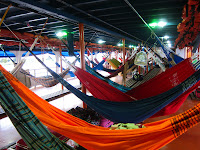 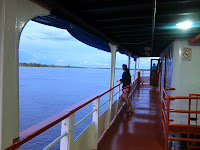 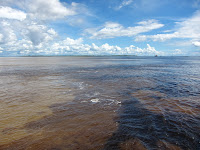 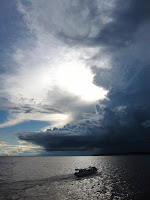 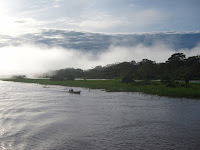 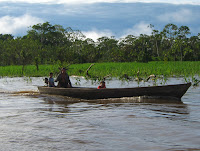 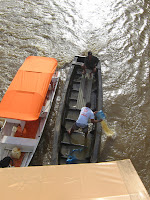 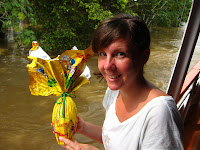 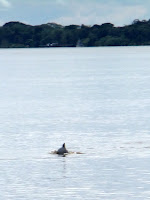 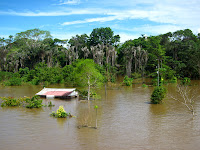 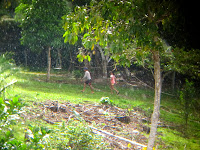 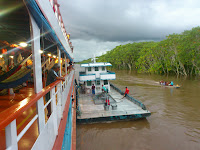 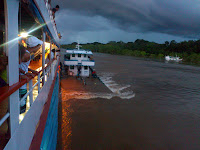 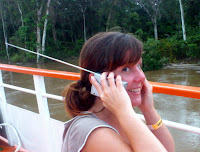 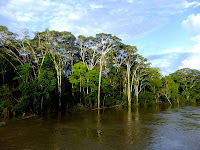 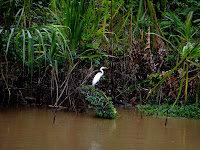 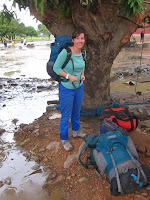 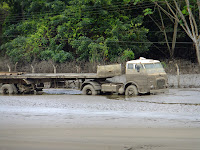 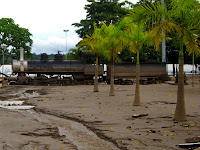 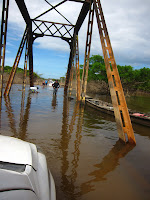 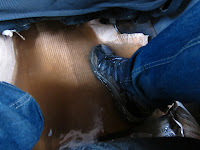 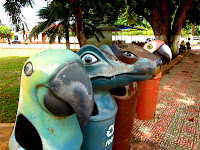 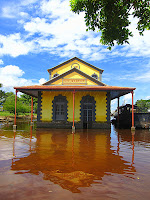 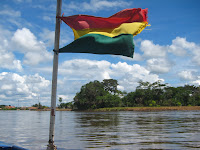 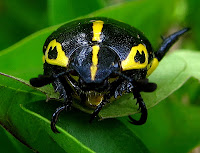 Five and a half days on a river barge from Manaus to Porto Velho near the Bolivian border. Lots can happen:
After one night in Porto Velho we took a taxi to the border town with Bolivia. Initially we had intended to take the bus but due to the flooding the bus had been re-routed and would take 20 hours on bumpy roads for a journey that had originally taken 6 on smooth! In the taxi we had drove through pot holed and muddy roads and a couple of times through quite deep water. One of the bridges had flooded and as the taxi made its way through the deep water the foot well on Ty's side flooded. Luckily he had his water proof shoes on! The water soon seeped out and we were on our way again. The taxi driver did a really good job and we arrived in Guayajara Mirin within 5 hours. There was a quick stop by the federal police to get our passports stamped and then we jumped on a little boat to cross over into Guayaramerin in Bolivia.

The border town on the other side had also been completely flooded, including the customs and immigration so we had to hunt around town for the building so that we weren't entering Bolivia illegally. Eventually we found the building. It was closed. After waiting for around an hour, the workers showed up at 2.40. The official stamped our passports and at the end asked for a little something extra! Ty got out of it by saying 'no hablo espanol' and we were on our way.