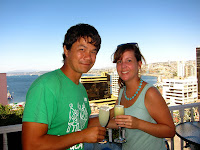 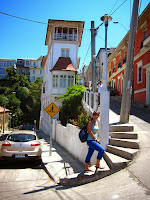 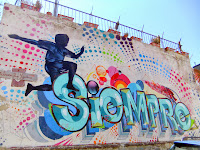 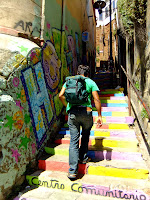 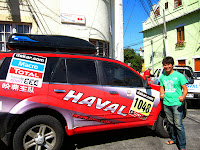 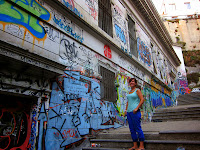 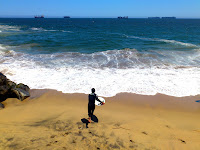 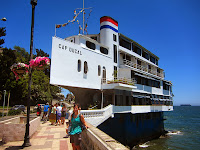 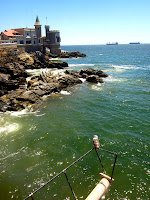 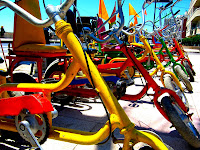 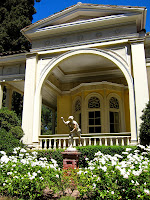 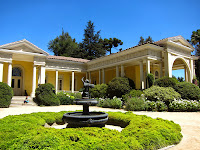 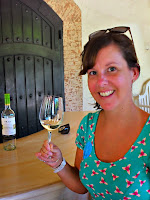 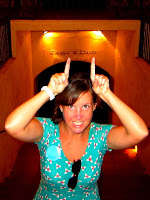 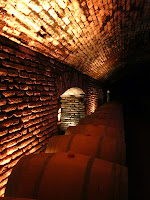 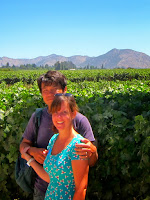 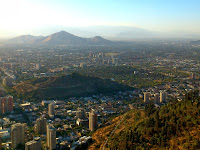 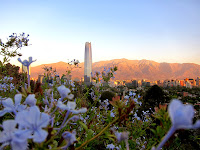 Certainly a change of pace to arrive into the busy urban cities on the mainland... We both got nervous as the bus from the airport sped along at a whopping 60mph.  Nothing moves so quickly on the islands!

Santiago seems a nice enough place - good weather, helpful people in the streets, and a huge park right in the centre of town with hills and trails.  But the coastal city of Valparaiso is really neat - scrambles of tiny lanes on hillsides, brightly painted walls and murals, creaking tiny funiculars like elevators, and views to the hillsides speckled with the tiny multicoloured corrugated tin homes in the barrios where the other half live.

Probably well over half, really.  It's easy to get sucked into the brand portrayed by the pleasant tourist-friendly lanes in the central area with the expensive cafes, fancy heladeria and snazzy restaurants.  Chile apparently has the second greatest division of wealth in South America - and this is a port city after all.

As we strolled down a "cute" brightly painted windy lane in the tourist district, I spotted an oddity written on a door.  "Tourism is the Devil" was scrawled in pencil on an old sheet of A4 tacked up with yellowed sellotape.  Without breaking stride, I glanced at the sign and quietly whispered its message to Phillippa - who asked me just as quietly "where did you read that?"  A scowling voice from a miserable woman with a big dog emerged from the doorway shouted back - "On our door!"

Nevertheless, it's been a great place to visit - especially the suburb of Vina del Mar where we checked out some awesome skim boarders on the beach and again enjoyed the Pacific Ocean.

Valparaiso is the Latin American version of Brighton with its colourful houses, art, steep hills, vibrant cafes and restaurants and it is next to the sea (the Pacific sea- so it was not the end of the Pacific Moon!) It also has a seedy underside to it too from the graffiti, dead dog on the roadside to the rough port area.There is even a hotel called The Brighton which is perched on a hill with panoramic views where we drank Pisco Sours. A perfect place to spend my birthday.

Santiago was not as vibrant as Valparaiso but we enjoyed a trip out to Concho y Toro Winery where we visited the Devil's Cellar and sampled the wine. The views of the Andes were lovely from the Parque Metrapolitano. We even got to eat blackberries straight from the bush, walking back down from the park as we had missed the last tram.

Email ThisBlogThis!Share to TwitterShare to FacebookShare to Pinterest
Labels: Chile